Awards from IJCAI, the International Joint Conference on Artificial Intelligence, are among the highest recognitions any AI researcher may receive. The winners will be presented at the IJCAI 2019 conference in Macao, China, August 10-16, 2019.

Here are the 2019 winners of The IJCAI Computer and Thought Award, the Research Excellence Award, the John McCarthy Award, and the Donald E. Walker Distinguished Service Award.

The winner of the 2019 Award for Research Excellence is Yoav Shoham , Professor of Computer Science at Stanford University. Professor Shoham is recognized for contributions to knowledge representation, multi-agent systems, and the economic foundations of AI.

The Research Excellence award is given to a scientist who has carried out a program of research of consistently high quality throughout an entire career yielding several substantial results. 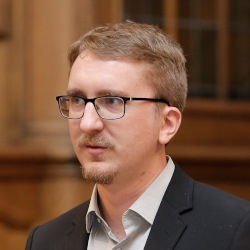 The winner of the 2019 IJCAI Computers and Thought Award is Guy Van den Broeck , Assistant Professor and Samueli Fellow at UCLA. Professor Van den Broeck is recognized for his contributions to statistical and relational artificial intelligence, and the study of tractability in learning and reasoning.

The Computers and Thought Award is presented at IJCAI conferences to outstanding young scientists in artificial intelligence. The award was established with royalties received from the book, Computers and Thought, edited by Edward Feigenbaum and Julian Feldman. It is currently supported by income from IJCAI funds. 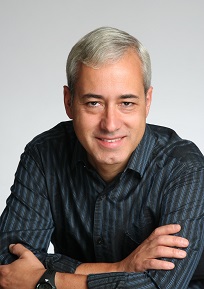 The winner of the 2019 John McCarthy Award is Pedro Domingos , Professor at the University of Washington. Professor Domingos is recognized for contributions to machine learning and data science, and to unifying logic and probability.

The IJCAI John McCarthy Award is intended to recognize established mid-career researchers, typically between fifteen to twenty-five years after obtaining their PhD, that have built up a major track record of research excellence in artificial intelligence. Nominees of the award will have made significant contributions to the research agenda in their area and will have a first-rate profile of influential research results.

The award is named for John McCarthy (1927-2011), who is widely recognized as one of the founders of the field of artificial intelligence. As well as giving the discipline its name, McCarthy made fundamental contributions of lasting importance to computer science in general and artificial intelligence in particular, including time-sharing operating systems, the LISP programming languages, knowledge representation, common-sense reasoning, and the logicist paradigm in artificial intelligence. The award was established with the full support and encouragement of the McCarthy family. 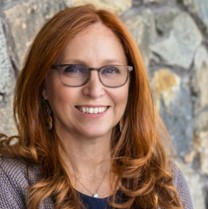 The IJCAI Distinguished Service Award 2019 winner is Francesca Rossi , Professor of Computer Science at the University of Padova, Italy, and Distinguished Research Staff Member of IBM Research, where she is the AI Ethics Global Leader. Professor Rossi is recognized for her substantial contributions, as well as her extensive service to the fieldof Artificial Intelligence in various roles throughout her career.